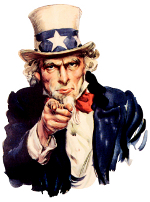 Over the next week, I'm taking the time to point out some friends of mine and the interesting things they write, post and do. If you don't see your favorite blogger here, come back tomorrow or the next day and perhaps you will. And if you still don't, then drop me an email and we'll try to rectify that. I'm also taking suggestions for new blogs to follow, so let me know who your favorites are.

Before we get started, I'd like to take a moment to mention that we've had some problems in the past with the comment box down there at the bottom. We have a new comment module coming soon and we're hoping it lives up to all it should be. The spammers and spambots have made me laugh a little, so for the moment we're stuck with the facebook comments box. We're hoping for a Gmail, Facebook or Twitter plugin that will let you login and post comments with the same ease as the facebook comments, and we're working on that, so please be patient. It's coming, I'm just always very busy.

So, without further ado, please let the drum roll begin...

Without a doubt, Glory Lennon is one fun person to be friends with on facebook, and is credited with friends galore and more viral facebook posts than a political gaff on YouTube.

Glory's Garden is an eclectic mix of gardening, crafts, practical knowledge and even some family life. She takes numerous pictures while traveling near or far, or even from her own garden and shares them with the world. Not only that, her husband Tom owns one of the coolest power tools a guy could ever hope to own. 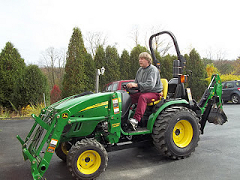 Blogging about gardening and pictures and family isn't all that Glory does. She posts her fiction online for everyone's enjoyment and updates it frequently so there's alway something new to read.

First we have Glory's Short Stories where you'll find a quick, entertaining read. There's something for everyone over there and if you can't find something you like, maybe one of her longer works is what you need.

In which case, have a look at Glory's Novella, "Where Your Treasure Lies" which I'm not sure really qualifies as a novella anymore, since it's up to chapter 53 as of last week. Maybe you'd prefer something geared for a younger crowd. "An Ever Fixed Mark", a novel for young adults, has made its way through more than 80 chapters and continues on a regular basis. Last, but definitely not least, "Violets in Bloom" is a romance novel in which we are all hanging on in anticipation for chapter 118.

This is all to say that Glory's Garden does not just bloom in the well-amended soil of the back forty, but in the hearts, minds and imaginations of Glory and her readers. You can find links to even more of Glory's work on her main blog, "Glory's Garden."

I probably would not be including the next character in my list of favorite blogs if it were not for Glory's encouragement. It was Glory who cajoled talked Mac Pike into doing something besides posting worthy snippets on facebook rather than on a blog. Now Uncle Mac Pike probably seems like a crusty old feller, and I'm guessing he just might be that. Despite the fact that rumors of his recent marriage to Aunt Aggie seem quite probable due to the lack of a recent appearance by Farm Girl, so far we have been unable to photoshop uncover any marriage pics to further substantiate the rumors. 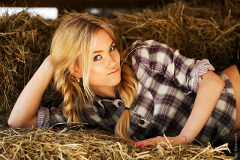 If Vegetable gardening in the Twilight Zone isn't enough for you, perhaps some of Uncle Mac's other offerings will perk your interest (Not in Farm Girl. Geez!) Have a look at Low Crimes and Misdemeanors, a serial blog currently on Chapter 5 of "Experimental Bed 33," a rather intriguing bit of story telling about a compost pile, a murder mystery and... Well go read it yourself, you didn't expect me to tell all, did you?

Don't forget to visit Seeds and Weeds, another of Mac's blogs which is a rather scary intriguing mix of poetry and everything else you can think of. Mac wrote furiously on a daily basis during the blogging A to Z challenge, and it was all very interesting and well done. There is even a bit of fried, canned luncheon meat on a recent post, not to be confused with S*P*A*M or old Monty Python episodes.

That post probably belonged on the newest of Mac's blogs, "Unnatural Foods" in which Mac the knife chef tries out new twisted recipes of his own creation, then asks readers for advice on how to fix them. Got your own twisted recipe? Cook up a batch, invite Mac over for dinner and maybe he'll let you post the adventure on his blog. Be sure to include a mention of free vodka in your invitation. 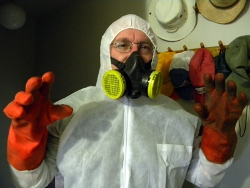 Hailing from the northern half of North America is Raymond Alexander Kukkee. You can hear the long, drawn out, "Incoming!" all the way from Ontario (even if you live in Cuba) when Ray posts on his blog Incoming Bytes. There's just no telling what you'll find when Ray posts, and during the A to Z blogging challenge, there were new topics everyday and boredom was nowhere to be found. 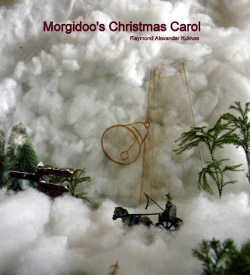 Hailing from somewhere near Thunder Bay, one often gets the impression that Raymond ought to be a government watchdog, a writer, a gardening pro, home remodeling contractor or... Yeah. Every topic under the sun, neatly covered with his own brand of dry wit and critical mass thinking. When the A to Z challenge folks visited and saw Ray was a day ahead, they quickly tried to smack him down. Ha! Never try to stop a dedicated writer like Ray and further, don't tell him when to write or post.

And in that vein, let us not forget that Ray is a writer, and that writing is not confined to his blog. "Morgidoo's Christmas Carol" is a charming Christmas tale of a young boy on a quest to find the legendary Great Silver Bell, and restore the joy of Christmas to his home hamlet of Blister. Ray's wonderful book is available on Smashwords and at other online fine retailers such as Barnes and Noble or Amazon.

All images in this post were used with permission. Reproduction, reposting, copying or any use without specific, written permission by their respective copyright holders is forbidden.