C is for Caveman Diet 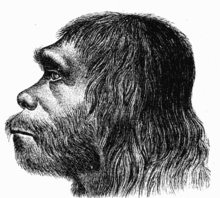 Diet fads have been around since donuts and other goodies have been enhancing hips and bellies. Some diets were designed to help people lose weight, others helped define a way of life or belief system. Along the way, someone discovered that certain diets could help control physiological problems, like diabetes for example. Following a high protein, high fat, low carbohydrate diet and eating many small meals as opposed to three big meals allowed diabetics to keep their blood sugar from spiking.

The Caveman Diet, or Paleolithic Diet as nutritionists like to call it, strives to enhance health by following the same diet that prehistoric man would have enjoyed.

The cavemen ate what was available; they gathered local foods and animals that were easy to get with as little effort as possible. When they killed an animal for food, they made use of the whole carcass, not just a few choice cuts of meat. Everything from organs to brains and bone marrow were eaten. Bones were used to make tools and ornaments, and so were the teeth. Hides provided clothing and bedding. Even the skull made a cup or bowl.

As a nutritional tool, there is a lot to be said for the caveman diet. By combining modern knowledge with the foods that were available to our ancient ancestors, perhaps advocates have a point. The wide variety of foods eaten provided a wide variety of nutrients, and certainly more than most people get in their diets today.

As a species, we have eliminated many foods based on a very narrow medical viewpoint. Look at fat for example. Today all the doctors and nutritionists tell us No Fat. Low Fat. No Cholesterol. Bad Fat. Good Fat. And can you say Bacon? Uhg!

But wait. Fat is an essential nutrient and all natural fats are necessary fats. Without saturated fats, our nervous systems deteriorate and we die. But listen to the nutritionist and you'll be convinced that eating even a tiny bit of saturated fat is the very principle of doom. Every type of natural fat, including cholesterol, is required. If we fail to consume enough cholesterol, our bodies manufacture it. That is why some people cannot lower their cholesterol through diet alone. They are wired to manufacture more than they need.

The caveman diet puts a screeching halt on this obsessive dietary nonsense. The caveman diet says that organ foods have some very important nutrients in them that we should be eating. Okay not every day. But maybe once a week. Or a couple of times a month. Have some saturated fat. Eat some red meat, some poultry, some pork. Even eat some carnivore meat once or twice a year if it is available to you. Lots of vegetables. Colored veggies, dark-leafy-green veggies, legumes, leaves, fruits, pods, roots and everything else.

The caveman diet is not a reason to pig out on all kinds of unhealthy stuff. You have to combine knowledge with principle. We know that a diet that consists mainly of fat, will make us fat, and our hearts and arteries will clog up and we will die of stroke or cardiac malfunction. Lack of exercise will hasten our demise.

The cavemen worked for a living. They spent a lot of time gathering food. In fact, they expended most of their calories in search of the next meal. There were strong and built their bodies for survival.

They also expended their lives quickly. An old caveman had worn teeth and a worn out body. Those that lived beyond 30 years of age were rare and venerable specimens.

Maybe they would have lived longer on a better diet.