I is for Imagination 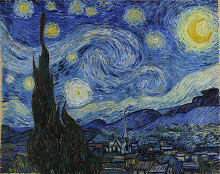 The ability to form thoughts and even sensations without the use of our physical senses is imagination. It is critical to problem solving, creativity, and learning. Although using imagination was frowned upon at one time, we now know that it is a critical thought process. Without imagination, we don't have complex math, ways to explore and formulate scientific theories, or any of the artistic ways we express ourself.

Have you everasked, "How do I do this?"

And someone answered, "Use your imagination."

The truth is, without imagination we wouldn't have speech and could not express ourselves. Part of our thought process is to first imagine and then try. If we are even minutely successful, we will attempt to perfect the action until it works.

It has been said that expression is to complete a thought process. Writers know all about this. They envision a story or other work. Whether fictional or not, everything written begins as a single thought and builds as it is written. Some people plan their written work, but even the plans and outlines are only imagined thoughts to create a framework upon which the completed work is an expression of the writers imagination--even when that completed work is non-fiction.

Non-writers know all about it as well. They get this idea and sit down and try to express it. They move so fast, sentences go from one thought to the next without ending. A single sentence may contain many thoughts, little or no punctuation as they move their imagination onto the screen. Many things are left out, because they are not part of their imagination. When its done, they have a skeletal ghost that may or not be turned into something viable.

They have to learn to slow down and identify each imagined thought and convert it into words that other people are going to understand. Language use is a big barrier. Many people are used to talking, but not writing. The spoken word is much different than the written word, and moving from one to the other is not always easy.

Writers have trained themselves or learned through an educational process that language is a tool for conveying thoughts--imagination if you will--onto paper that enables others to share in the writer's imagination.

About now Dear Reader, you're thinking...wait a minute. That article on particle physics theory I read last week certainly wasn't the product of someone's imagination. Those were facts and...

Stop. Yes it was the product of someone's imagination. First, the theory had to be imagined before it could be explored. Then, someone had to imagine ways to explore it. Next, the theory was tested using methods that someone imagined would work. In all probability, not every method worked; some did, some didn't. Then a writer came along, took what was learned and imagined a way to put that on paper to express to you, the reader, how to explain that exact particle physics theory.

The entire thing was a product of imagination put to use, even though what was read was entirely factual.

On the fictional side, imagination allows a writer to create people, characters, worlds, and places that don't exist. A good writer engages the reader, suspends their belief in reality for a time, and takes them to another place and time where they become immersed in a different reality created entirely from imagination.

People enjoy reading because it stimulates their imagination in ways that no other medium can, and that is why I believe that books and the written word will be around for a long time. When reading, we use our imagination to experience something that our senses cannot. We don't smell the rose bush in the story, but our imagination reaches out and stimulates that part of our brain that could smell it, if it was there, and if the suspension of reality is deep enough, we can indeed stop and smell the roses.

Imagination is not unique to the human experience. Animals dream and dreams are an extension of reality into the world of sleep. Our brains will even incorporate external stimuli into our dreams in order to keep us from waking.

We can watch a dog dream. Their eyes move beneath their lids, paws twitch, and legs will even run if the dream is intense enough. They whimper, yelp, squeak, growl. They are dreaming. Their imagination has taken over and they are experiencing something that is not actually happening.

My theory is one reason animals dream is that dreaming is a big part of the learning process. When I'm teaching the puppy, she is learning and after a short time may begin to show signs of understanding what I'm trying to show her. Later, she goes to sleep and will dreams. After she wakes, that understanding is much more apparent. My theory is that in the dream, she learned and made connections she was not making while I was teaching her.

Where does your imagination take you? What have you leaned through your own imagination?