J is for Java 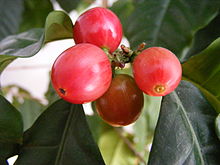 Let's be clear. Java. Coffee. Java specifically means good coffee, at least in my book. I start just about every day with java and drink about three mugs worth, on average. Java gives you a kick in the pants. A sort of, hello, time to start the new day and get a bunch done kick. It's a wakeup call after your wakeup call and it will chase the sleep from your eyes, the creak from your bones, and the cobwebs from your brain.

Writers in the know will tell you, novels are written using java for fuel.

With a few cups of java in your belly and caffeine rolling through your veins, the words start to come. Maybe not flowing yet, but the imagination begins to work. The creative juices are flowing. Java.

Once a bitter and black brew made from the coffee bean, java has evolved into an elixer fit for all sorts of folk. Law officers get a bad rap for eating donuts and coffee, but it keeps them awake on patrol and when you call, they will be there. Let's get back to writers however, because I happen to be a writer and I like to drink java. I'd drink it all day long if it didn't keep me up at night.

Somewhere along the path of life, someone thought it might be a brilliant idea to take all the GO out of the GO juice. If you love coffee, they are fond of saying, you'll never miss the go. Tell me, do you miss the go when you drive a corvette down the street at the speed limit? Of course not. You can just feel those Clydesdales under the hood, begging for their head to run in the wind.

It's the same with java. Take the go our of java and you've killed its spirit.

No. The lowly decaf bean is indeed a bad rap. All the caffeine has been leached out by salk water, and the cheaper process leaves a slightly salty, foreign taste behind. Give me two identical cups of coffee, one brewed from decaf and one from regular, and chances are pretty darn good that by the time I drink a cup of each, I can tell you which one was missing the main event.

I do confess to drinking decaf if I'm having java in the evening. Otherwise I'm awake and drinking more coffee until O.O O'Clock.

Some poor soul once poured cream into a cup of coffee by accident and decided they liked the flavor better. Ever since, people have been polluting their coffee with milk, cream, half-n-half, and (gasp) non-dairy creamer. Uhg!

Now now, don't get your stirring straw all jumbled up. If you like your coffee with cream or sugar or (eyes tightly closed) both, by all means go ahead. Is it still coffee then? Do you get the same jolt from the java if you've gone so far as to adulterate it with things so many worlds apart? Perhaps you do, but lets not forget the lowly bean, picked by Juan Valdez in the mountains of Columbia.

Okay so many it wasn't Juan that picked the bean, but someone did.

The coffee plant likes to grow in a tropical environment with cool nights and warm days. Ideally the temperature for Robusta coffee is 59-74 degrees F. while Arabica prefers 74-86 degrees.

The bean is actually not a bean but a pit usually called a cherry. They only look like beans, but are not legumes as beans are. The cherries are roasted and from there, it's just one step from grinder to coffee pot.

Everyone makes coffee in a drip coffee maker these days. Water drips through coffee grounds in a basket and runs into a pot. There are some good coffee makers that work just fine for this.

A better method if you're patient is to use a percolator. The basket is filled and put on medium heat. As the water heats, it begins to percolate up the tube and through the coffee in the basket. As it starts to percolate, the heat is turned down. A slow perc is more flavorful than a fast perc.

Other methods work too. Camp coffee isn't hard, but it takes practice and you just might get a ground or two, but not much. Set a pot on the campfire and let the water get warm. Add the coffee and wait. Just before the water comes to a boil, move it away from the heat and let the grounds steep a bit. then a cold cup of water carefully and gently added to the pot, moved around as it is poured, will settle all those grounds to the bottom.

I promise you'll never get a better cup than camp coffee made this way. Perfect.

A less than perfect method is the sock method. Choose a sock, preferably a clean one without any dyes in it. Make sure that Clyde's toenail isn't caught in the toe or anything gross like that. Add some coffee to the sock, tie it shut and soak it in not-quite-boiling water for about 10 minutes or until the color looks right. Very good in desperate situations, or when you want get even with your camping buddy for snoring all night.

However you like it, java is a way of life in much of the world, and for the writer, it is said that java runs in their veins.

Notice: No Decaf Drinkers were harmed during the writing of this post.