P is for Peace 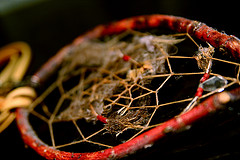 Peace is a fleeting glimpse of heaven. Throughout history, mankind has dreamed of peace, but I have come to sincerely doubt that we can ever truly be at peace. Throughout my lifetime, there has never truly been peace anywhere, and I've lived a few years on this piece of rock we call earth. Third rock from the sun. One of eight (or nine if you're old like me) and of all the worlds in this solar system, ours seems the least peaceful, at least from our point of view.

I was born in 1961. We were in the Vietnam war and my Uncle served there in a front line medical unit. Remember the TV series M*A*S*H and the guys up at the front, who stabilized soldiers for the trip back the MASH unit? That's where my uncle was, except it was Vietnam. Not a good place to be, and certainly not peaceful.

Eventually, the Vietnam war ended and we admitted, grudgingly perhaps, that were defeated. Or perhaps we just gave up. Maybe we did. It all seems so confused now. I was 14 in April of 1975 when they pulled the last (not counting men missing in action) of our people out there. Operation Frequent Wind was completed on April 30th of that year when the last of the U.S. Marines and U.S. Embassy personnel left by helicopter from the embassy grounds.

It should have meant peace, but it did not. South Vietnam was over run with communists and taken over. As many as 3 Million South Vietnamese died throughout the duration of the war.

Peace was not found here in the USA either. Returning troops were welcomed by families, but war protesters and agitators denigrated them, called them baby killers and worse. My uncle recalled a woman coming into their aid station who handed him a baby and ran. The baby had a grenade in its diaper, a booby trap. Fortunately, the grenade was disarmed and the baby and men at the aid station were not hurt. And here at home, we called returning soldiers baby killers. No Peace Anywhere, it seemed.

We give money and planes and arms to people who hate us, then wonder why they use them against us. When terrorists strike at the heart of our nation and people, we cry out in anger. These people hate us for our ways and our freedoms and our religious views. We can't reason with them or bargain with them or offer them appeasement. There can be no peace without mutual respect, and they do not respect us. Yet, we are expected to respect them, to tolerate their point of view and their religion.

They have no respect for women. Yet we must tolerate that. Where is the peace in that?

Maybe it is time to say, no to peace with these people. Or maybe peace is something you fight for and take with bloody hands. Maybe if we want peace, its time to show them the price of not being peaceful. Maybe.