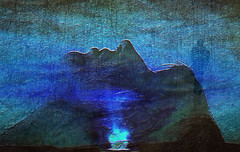 Do you ever have those moments as you wake up, when the images of momentary dreams slip from your grasp like wisps of clouds? I'm sure most people have those moments. How often have you thought, "I was dreaming, but I can't remember what," in the moments after you awoke?

There is a place between conscious and unconscious where dreams and reality meet. A place where the unreal seems real, and the real is unsubstantial. Maybe you're not sure what is real and what isn't. 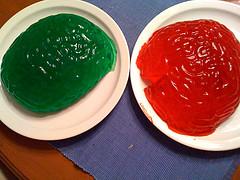 And sometimes, if conditions are right, Muse writes without painting pictures or images. Recently, I was visiting "Writing With Both Sides of My Brain," one of my favorite blogs and written by Angela Masters Young. Angela spends a lot of time musing over 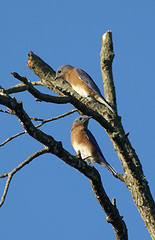 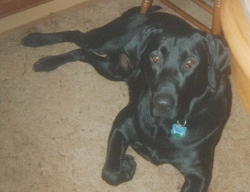 Willy was a member of our family, my best buddy and will forever remain alive in my heart. He left us for the rainbow bridge last year and while he was alive, he changed forever how I perceive and understand the way some animals think and act. One day when Willy was about nine months old―almost but not quite full grown―Marg made spaghetti for dinner and as on so many other occasions, what ensued next woke up the muse...

The mind's eye creates images in the space of instant. You see something, you hear something and the picture forms, and then it never leaves. Eventually something triggers the memory and you remember and new images form new thoughts and the muse writes and if you're lucky, it won't be a tangled mess...

The Muse
"I'm never going to get back. I'm stuck and I may as well shut it off and lose everything. But if I shut it off, will I get out? Will I be done? Is it over?"